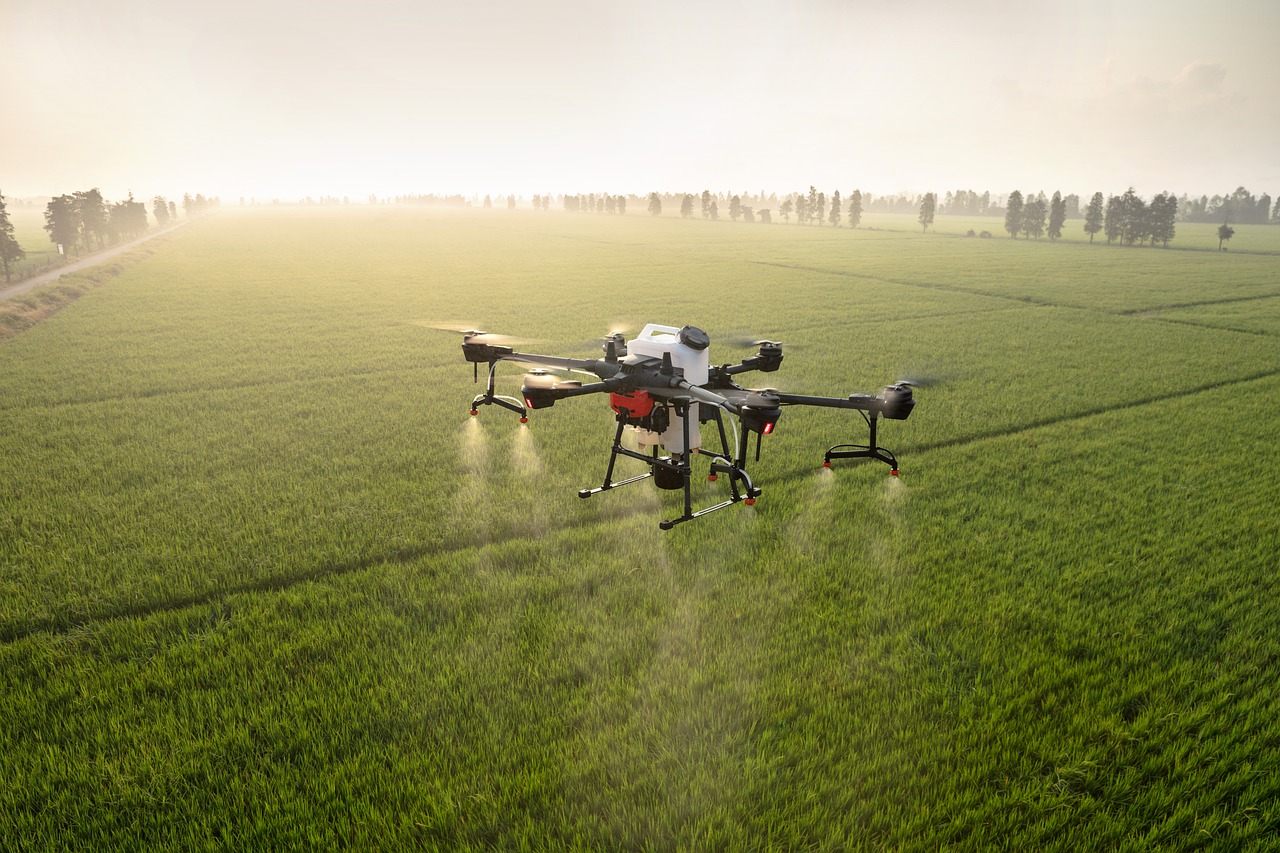 When the concept of farming was first invented several thousand years ago, it was a remarkably novel idea that allowed our ancestors to settle in a single location and set up future civilizations. Since that point, however, the burden on agriculture has only continued to build with each passing year.

Currently, traditional farming methods have moved past the point of sustainability as the enormity of the growing population has caught up with the industry. Novel new methods need to be developed to meet the challenges of the modern world, and one such solution is called Smart Farming.

We look at the concept of smart farming in great detail in this article as we discuss the nature of farm automation technology and explore the various technologies associated with this method.

What is Farm Automation in Agriculture?

The process of utilizing various technological innovations to upgrade and automate the many processes of farming is known as farm automation. This technique is meant to ease the labor and time-intensive processes of agriculture that challenge farmers around the world. With the help of farm automated farming, farmers can acquire more time and resources to redirect into their properties.

The Different Technologies in Farm Automation

Over the last few years, various novel pieces of technology have emerged in order to assist farmers with their activities. We discuss the most noteworthy technologies related to agriculture automation in this section.

The development and adaptation of various drone and robotic technology have helped farmers tackle the rigorous nature of their profession with greater ease. In particular, the following innovations have emerged in this segment:

The irrigation of fruits and vegetables in farmlands is a crucial step to ensure the health and wellbeing of the produce across their various cycles. Although irrigation is a technique that’s been in practice for several decades now, the technologies related to irrigation have stagnated.

This is why drones are being sought after to help reduce the burdens of irrigation for farmers. Drones such as the Agras MG-1 are capable of carrying 10 liters of liquid in a single fill and they can cover over 6,000 square meters of farmland in just under 10 minutes.

Such drones are capable of understanding and adapting to the various specifics of a farm such as altitude, types of plants being grown, and even the weather conditions. When combined with monitoring technology, these drones can identify specific sections of the farm that require greater attention and match these needs with immense ease.

Planting crops across large sections of farmlands usually takes several hours of hard labor. This task can also be executed with the help of robots and drones that are capable of planting seeds on the ground and even from the air.

DroneSeed, for example, is a planting drone that’s used to help reforest large spaces that have been affected by forest fires. This drone is capable of locating and targeting the precise areas on the ground that are ideal for seeding. They then use compressed air to shoot the seeds onto the ground without allowing them to scatter because of the wind.

After engaging in the planting process and setting up the irrigation channels, farmers spend an enormous amount of time monitoring and analyzing the condition of their crops manually. This is not a precise science and farmers have had to rely on existing information to make hopeful decisions in the past.

Automation in farming can turn this imprecise science into an accurate one with the help of drones that can be continually sent out to monitor farmlands. These drones can be programmed to seek and identify various specifics to help better inform the farmers.

This includes using different sensors and cameras such as infrared technology to be able to identify damaged crops, keep a check on nutritional levels, and even offer a 3D field map to the farmers.

The harvesting season is often the most rigorous portion of a farmers’ time. A lot depends on this process which is why efficiency and accuracy are the key here.

Harvest robots are therefore being developed to aid in this crucial juncture. Abundant is an excellent example of a harvesting robot that specializes in apples. The use of vacuum technology in this bot has been known to make an enormous difference in its execution.

Agrobot is another similar invention that’s used to help farmers harvest strawberries. It uses A. I technology to understand the ripeness of the fruit before it can harvest them.

Automated irrigation processes can be useful for two specific functions — assisting with subsurface drip irrigation (SDI) systems and offering information with the help of sensors.

SDI technology is useful for providing precise levels of water to necessary plants and controlling the drip. When coupled with IoT sensors, it can help farmers study the moisture levels in the soil at all points and take necessary action when necessary.

Robotics for Seeding and Weeding

Farming robots have been specially created to help with the seeding and weeding process. These robots utilize technologies such as artificial intelligence and computer vision to maximize their efficiency and thereby make full use of the resources at hand.

Even the process of applying fertilizers can be done with these robots, and their accuracy has an incredible impact on the soil and environment of the region.

Eco Robotics is a company that’s deeply involved in this space and has created robots that run on solar power to execute these functions.

Automated tractors have been making waves in the field of agri-tech. These machines can be remotely controlled and can help farmers open up a lot of spare time in order to focus on the more immediate needs of their farms.

Smart tractor technology is certainly on the up and up, and it’s expected that these vehicles will become fully autonomous in the near future. This means that they will be able to utilize various ancillary technologies such as GPS and light detection sensors to carry out various functions of the farm without the supervision of the farmers.

A good example of automated tractors comes from Bear Flag Robotics who specializes in creating driverless tractors. Farmers can now remotely plan the routes of these vehicles and even gain real-time reports of their land as the tractor goes about its duties.

The Advantages of Farm Automation Technology

The green revolution forever changed the nature of farming for decades to come, and the smart revolution can have a similar impact on the industry as well. We look at some of the major advantages of automation in farming in the section below.

The agricultural needs of the planet are truly immense at this point, and current farming techniques will not be able to meet these demands. With smart agricultural farming techniques, however, it's possible to maximize the potential of farmlands, minimize the stress on farmers, and heighten the efficiency of current processes. Over time, these methods will be able to match the needs of our population.

As a bulk of all farming processes are currently labor-intensive, it requires a steady supply of workforce around the year. Unfortunately, farming is not a lucrative field which is why there is a severe shortage of laborers in this segment.

Robots and drones can be used to match this dearth of laborers by taking over menial and repetitive tasks and freeing up the workforce to focus on more lucrative professions.

Caring for the Environment

The improper use of chemicals on farmlands and the continual encroachment of forests to convert them into farms is taking a toll on the environment. Efficiency is the key here to solve these issues. It’s perfectly possible to conduct farming on existing spaces without cutting down more forests. All it takes is for smart farming techniques to maximize the utility of space and improve existing processes to protect the environment.

The Challenges of Farm Automation Technology

As robotics and drones are relatively new inventions being adopted for agriculture, it’s perfectly understandable that the current cost of acquiring these tools is high. This is also one of the biggest challenges of farm automation as a vast majority of farmers cannot currently afford such techniques.

It comes down to governments and corporations working together in order to make these technologies more affordable for farmers. The research and development that needs to go into this segment are on the higher end for now, but it can have profound implications on the future of our planet.

Smart farming is here to say. In fact, we can be bold enough to say that it’s the only way forward. With population estimates expected to hit the 10 billion mark in the coming days, there is simply no alternative but to adopt technologies to maximize farming techniques and make way for fully autonomous agricultural production.