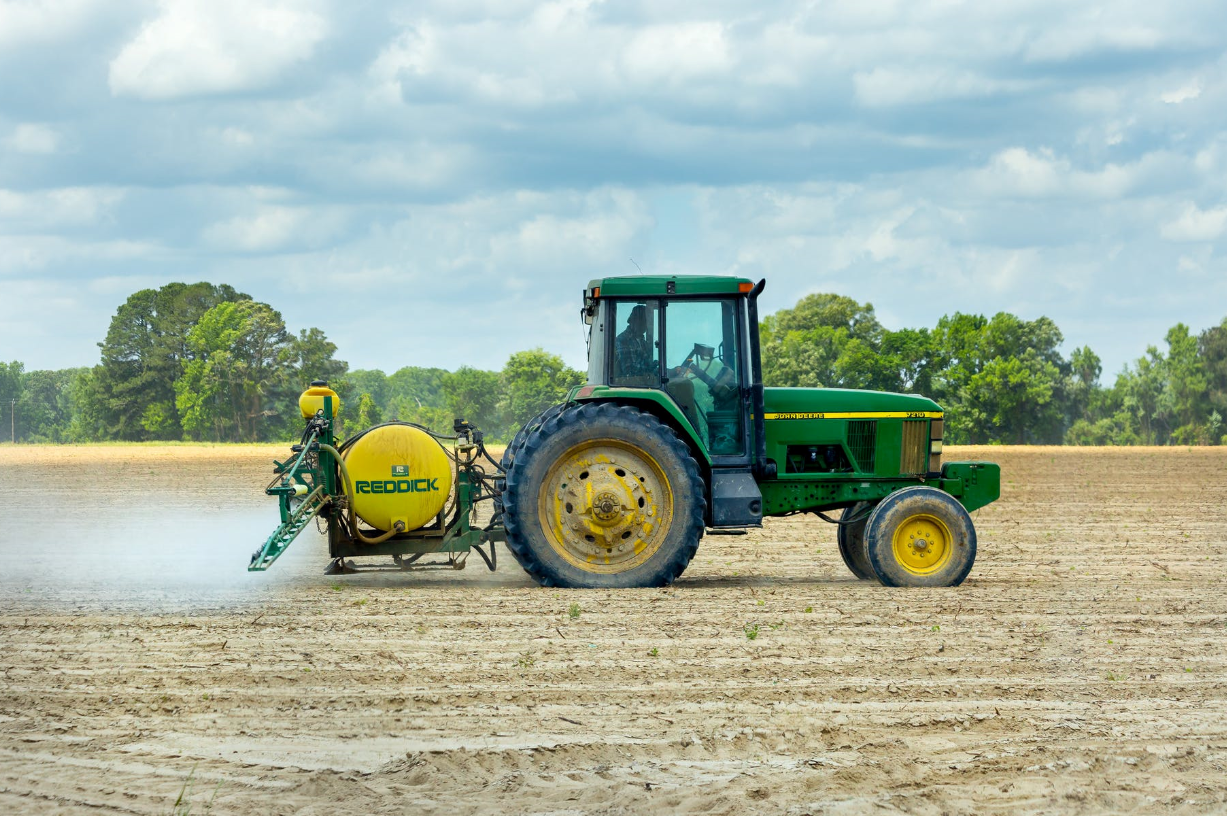 Agriculture is no stranger to revolutions. In the 1950s, the Green Revolution sparked widespread use of pesticides, herbicides, and fossil fuel-based fertilizers; all novel techniques at the time. In 1995, a milking robot was introduced to the dairy farming market, only to become a staple of dairy farms everywhere not three decades later.

Now, with global labor shortages an imminent threat to the agricultural industries, farmers and agricultural technology companies are turning to driverless tractors; the latest in a growing trend toward smart technology in farming.

What Are Self-Driving Tractors?

Traditionally, farmers would have to drive their tractors over their land several times per season to accomplish their fundamental tasks. First to till the soil, then to lay the seeds, to manage weeds, check crops for disease, apply irrigation and fertilizers, and finally to harvest at the end of the growing season.

However, driving a tractor is nothing like driving a car. There are no road marks to make sure the farmer is steering in a straight line. Instead, farmers have to line up their line of sight with a distant landmark and keep steady on it. This of course is not only a less accurate way to drive, but also takes a relatively high amount of cognitive effort for the farmer to maintain.

With the advent of GPS technology, tractors started being programmed to steer themselves, freeing up farmers to focus on the higher-value tasks instead of steering, such as ensuring seeds are planted accurately and precisely behind the rolling tractor, or ensuring the 30 foot long plow was tilling properly behind the tractor. Thus, the driverless tractor was born.

A driverless tractor is any autonomous farm vehicle that can manage its own speed, steering, braking, and navigation. This is achieved with the help of several additional systems such as GPS, lasers, cameras, and more. It is considered driverless because it can operate independently, without the need of a farmer or driver to run it.

Driverless tractors have since developed into sophisticated pieces of farming and technological equipment, which can carry out almost all of the functions of a typical field farmer autonomously, thanks to the several lasers, cameras, and sensors mounted on it.

The ultimate goal of a driverless or autonomous tractor is to alleviate farmers from having to be present for any in-the-field activities. Or at least the monotonous ones that can easily be automated. Would a fully-automated farming operation even be possible?

This is the question researchers at Harper Adams University tried to answer in 2016. They ran an experiment called the Hands Free Hectare in the British village of Edgmond, which aimed to demonstrate the world's first automatically-farmed hectare (2.47 acres) of land in the world.

A traditional tractor and a 25-year-old combine harvester were upgraded into autonomous vehicles with the help of lasers, cameras, and GPS systems. Strict rules dictated that not a single human was to step foot on the designated hectare of land while the two tractors were at work. The result? The autonomous driverless tractors harvested two seasons of grain without any manual labor.

Since then, several agriculture equipment manufacturers have gotten onboard with the idea of automatic farming spearheaded by driverless tractors. Most notable of the bunch is perhaps John Deere, a company heavily invested in agtech innovation. In 2017, John Deere created See and Spray, a device that uses a combination of cameras, AI, and machine learning to detect weeds in the field, spray the appropriate herbicides, fertilizers, and pesticides.

In addition to weed management, driverless tractors can also aid in real time soil analysis, seed selection, planting, and field mapping. For example, Taranis is an AI-powered agriculture intelligence platform using computer vision, data science, and deep learning algorithms to help farmers make decisions on such factors, without having to drive a tractor into a field. It claims to be the "complete digital agronomy solution", and was accepted into John Deere's startup collaborator program in 2019.

Changing the Face of Automatic Farming

A driverless or autonomous tractor offers huge potential for re-imagining the face of farming, and making agriculture more automated than ever before. With vital functions of the farmer essentially being outsourced to these driverless vehicles and their sophisticated sensor sidekicks, which are all intimately connected through the Internet of Things (IoT), the global food system as well as individual farmers stand to gain a lot; both in terms of productivity and productivity.

One of the largest costs of any farming operation is generally labor, especially during harvest. Autonomous tractors would significantly reduce if not eliminate these costs for the farmer, as the vehicle would be able to manage entirely independently. This is especially beneficial and relevant to farmers of specialty crops, where labor costs account for 39% of total expenditure, according to data from 2018.

Autonomous tractors kitted out with the latest agricultural sensors and systems will be able to not only map the field, soil, and crop data with extreme accuracy, but also apply various inputs in precise amounts, all without farmer intervention. Variable rate applicator (VRA) technology has been shown to skyrocket the productivity of a field simply because it treats different areas within a plot in a customized way best suited to its specific needs.

3. More efficient use of farmer time

For example, instead of spending several hours per growing season driving through their fields, farmers could focus on tasks that are of yet not fully automated, such as business financials, strategy, marketing, and distribution.

Driverless tractors do not require a farmer to operate them. Consequently, this gives farmers a tool that could potentially run 24/7, without ever tiring. This is especially relevant for farmers with expansive plots of land, which would previously have relied on several manual laborers. Without the need for breaks for rest or food, driverless tractors would massively increase the time- and cost-efficiency of several aspects of farming operations, such as tilling and harvesting.

5. Reduced pressure to find new entrants to the agricultural workforce

The average American and British farmers are both 60 years old. According to the US Bureau of Labor and Statistics, less than 1% of the working population was employed in the agricultural industry. Additionally, global trends indicate that fewer and fewer people are entering the agricultural industry at all, spelling potential trouble for the world food supply in the coming years and decades.

Driverless tractors, in addition to other recent innovations in agricultural technology such as drones, robots, sensors, and IoT devices and equipment provide hope that there will be a decreased reliance on human labor in the future anyway, potentially mitigating any worries elicited by the lack of interest from younger generations of working the land for a living.

The Future of Automatic Farming

Autonomous driverless tractors have come a very long way in the last 5-10 years. With agricultural heavyweights like John Deere throwing their weight behind innovations in autonomous agricultural equipment such as driverless tractors, and the growing market for smart precision agriculture devices, farms will continue to get more and more automated. We are on the path to a fully hands-free agricultural operation, even if it currently remains a ways off in the future.