Vertical Farming: Will Farming Move to the Cities?

Vertical Farming: Will Farming Move to the Cities? 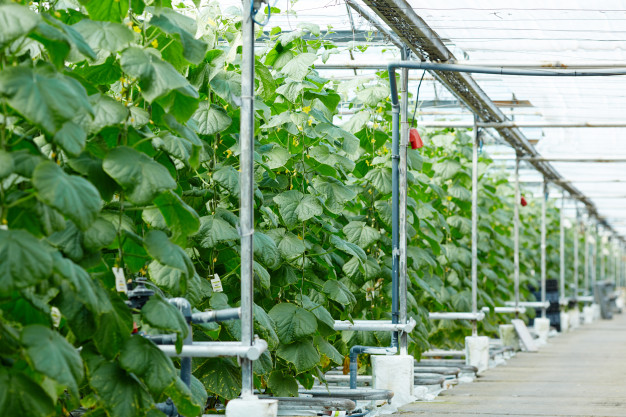 The world population is constantly on the rise, and recent estimates expect the population to hit the 10 billion mark as early as 2050. The current state of the agriculture industry does not allow it to sustain this level of growth. Food shortage is already on the rise, and we can expect the dearth to continue to rise exponentially as well.

In order to combat the growing requirement of sustainable forms of agriculture, vertical farming has begun to emerge as a potential method to match this necessity. We look at the specifics of vertical farming, along with its numerous advantages, disadvantages, limitations, and challenges in this article.

What Is Vertical Farming?

Vertical farming is a specific method developed to produce fruits and vegetables in vertically inclined surfaces. While most farming methods focus on producing foods at a ground level, vertical farming takes this practice to the skies.

The vertically stacked layers of produce can be easily set up in confined locations such as skyscrapers and shipping containers. This reduces the dependency on farmlands and allows agriculture to take place at virtually any location.

In order to allow fruits and vegetables to be grown in such a manner, vertical farmers rely on the use of controlled environment agriculture technology, aka CEA technology.

This new-age form of agriculture relies on the use of various indoor farming methods to provide nourishment to crops around the year. This includes various forms of technology related to controlling light, humidity, temperature, and moisture levels.

The idea behind this form of environmental control is to mimic the conditions of a greenhouse that utilize various artificial lighting methods and metal reflectors in order to redirect the flow of sunlight in a given space. The intention is to maximize the yield of a given space and improve the efficiency of water and light usage.

How Do Vertical Farms Work?

There are four major tenants related to vertical farming that are crucial to the entire process. This includes:

The physical layout of a vertical farm is one of the most important factors related to this concept. The name itself suggests that these farms take a vertical direction when it comes to establishing a layout. To do this, the crops that are required to be grown on such farms are stacked vertically in order to create a tower-like structure.

This allows for the maximum utility of space, sometimes tripling or quadrupling the output of farmland.

As most vertical farms are established indoors, it’s crucial to examine and fine tune the amount of light that’s penetrating the space. A combination of natural and artificial lights are utilized for this purpose so as to get the levels perfectly right.

The artificial lights also play a major role in maintaining the level of lighting over time and can accommodate for various external threats such as cloudy conditions or low sunlight.

There are various options available to vertical farmers when it comes to selecting the growing medium related to this practice. Currently, geoponics is being practiced by traditional farmers around the world, and this places an extreme amount of reliance on the soil of a region.

This method has numerous limitations associated with it, which is why new-age methods such as hydroponics, aeroponics, and aquaponics are being sought after to fill the gaps in the existing systems.

Other unconventional, but organic materials being utilized to aid with vertical farming include peat moss and coconut husks.

Thanks to the efficiency of the various alternatives described above, vertical farms can require as little as 5% of water in comparison to traditional agricultural practices. In additional to making the most of existing resources, these farms also allow for maximization of agricultural spaces, and this is crucial considering the growing requirements of the planet.

The Advantages and Disadvantages of a Vertical Farm

Although Vertical Farming is a prospect that gives the farming community plenty to be excited about, there are still a few departments that can be improved before this system can be implemented on a large scale. We look at some of the major advantages and disadvantages of vertical farming in the section below.

Meets the challenges of the future

The growing needs of the human population is staggering, and innovative farming methods need to be utilized in order to meet the requirements of the planet. Agricultural land is precious, expensive, and difficult to maintain. Dedicating excessive spaces to this cause is poor for the balance of our planet as we’re robbing regions of their natural foliage.

In this regard, vertical farming offers a simple and effective solution to the spatial worries. Large skyscrapers can be built in various regions that can act as housing units for various vertical farms growing a wide range of produce.

This will reduce the burden on various transport and ancillary infrastructure facilities around the planet.

As a vertical farm is fully equipped to provide all the necessary nutritional and elemental requirements to plants locally, it allows farms to be able to remain productive across the year.

Farming has been notoriously reliant on the elements for stability across the generations. With modern lighting, ventilation, and ancillary tools, a vertical farm is capable of beating the elements by being self-sustaining regardless of external forces.

Thanks to data mapping algorithms, it is not possible to carefully monitor the growth and development of crops across the year and ensure that ideal conditions have been sustained until the harvest season.

Additionally, a vertical farm is capable of maximizing the space of the square footage of farmlands, and this leads to subsequent boosts in the volume of harvests. It’s known that one acre of a vertical farm can produce four to five times more produce when compared to a traditional farm.

A recent estimate noted that a 30 floor vertical farm with a base area of five acres can create enough produce to match the production of 2,400 acres of conventional farmlands. This has immense repercussions for the future, as it implies that it’s perfectly plausible for individual districts of regions to become self-sufficient in their dietary requirements.

Thanks to the ingenuity of the design of vertical farms, the growing burden on our water resource can be greatly reduced with proper planning. Vertical farms require anywhere between 70 to 95% less water in comparison to traditional farms based on the methods employed internally.

When implemented on a large scale, the potential savings of fresh water could be immense. This newfound reserve can be redirected to regions that face water shortages around the year due to ecological factors.

The weather patterns around the planet have become increasingly unstable due to global warming. Due to this, there are many ecological disasters that have a dire impact on the livelihood of farmers. Vertical farms can best various ecological threats such as heavy rains, droughts, and even cyclones.

This also ensures that the flood supply of a region is intact and thriving during an environmental disaster so that it can help feed the local people.

Even the threat of large scale fires burning drown crops is entirely mitigated with vertical farming.

It’s no secret that organic crops with lower pesticides and insecticides are better for the human body. Vertical farming is thankfully entirely organic and this allows the vast majority of the population to avail the many benefits of eating organic produce.

The methods employed to run a vertical farm are easier on both the environment and the farmers tending to the produce. Vertical farms provide safer working conditions for farmers and even the threats and hazards of using heavy farming machinery is entirely eliminated.

Additionally, farmers and the environment are greatly affected by the use of insecticides and pesticides in traditional farms. Vertical farms are therefore hugely beneficial to both our planet and to the well being of farmers by eliminating the use of hazardous chemicals entirely.

As vertical farms are relatively new in the world of agriculture, there is little financial data to support the financial feasibility of these projects. Although there are numerous success stories to boast of already, the sheer number of such cases still leaves a lot to be desired.

This can be time consuming activity and is known to be labour intensive.

It’s not hard to imagine specialized mechanical robots being utilized to conduct pollination in vertical farms in the near future though.

Vertical farming is an idea that’s full of potential and is being rapidly adopted around the planet. This can be a novel method to create self-sustaining communities around the planet, which is why greater funding needs to be offered to improve the technologies associated with these projects.

Improved robotics, efficient lighting systems, and data analytical software could rapidly improve the efficiencies of these farms if we invest in these departments.

Taking to the Skies

Vertical farms hold the potential to radically transform the face of agriculture. By maximizing the utility of space and using modern technology, farming can be a highly efficient process. It’s important to begin implementing these methods as quickly as possible for the sake of food and water shortages that are quickly on the rise.

See also: What is Underground Farming?