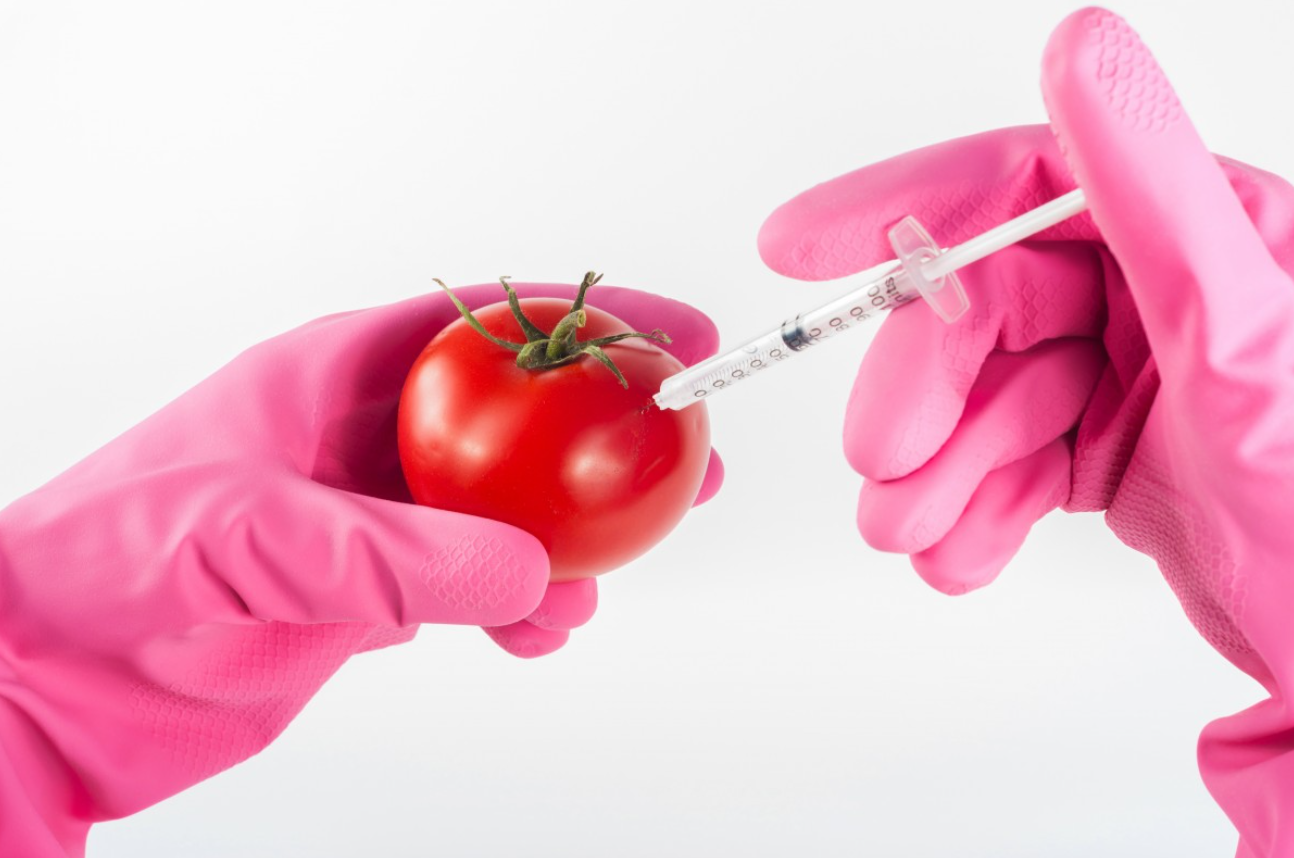 GMOs or genetically modified organisms are a highly discussed component of modern agriculture. The use of GMOs is known to pose a wide range of health risks for consumers and this includes high levels of toxicity, cancer, loss of nutrition, and allergic reactions.

The following article is intended to help readers understand the specifics and nature of genetically modified organisms in agriculture. We discuss the definition of GMOs and highlight the most common types used in agriculture currently.

A genetically modified organism is a type of microorganism, plant, or animal where the inherent genetic makeup has been modified in a way that does not occur naturally either through recombination or mating. This modification is done either through transgenic technology or genetic engineering.

Most people prefer to avoid using products that include GMOs as they raise various health concerns. If you seek to purchase products that do not utilize GMOs in their growth cycle, make sure to seek out USDA organic or Non-GMO project verified labels in order to avoid consuming toxic materials.

The Most Common GMO Examples

In the following section, we discuss some of the most common types of GMOs found in modern agriculture.

Most of the alfalfa that is commercially available today consists of a genetically modified gene that allows the produce to be resistant to the herbicide roundup. By using alfalfa, farmers can spray roundup over all their crops in order to kill the weeds without affecting the alfalfa directly.

Alfalfa is now a major crop that’s used for a wide variety of purposes including livestock feeds. This means that unless you purchase certified organic produce or Non-GMO verified animal products, it is almost certain that alfalfa is present in the dairy or meat products you consume.

Papaya is one of the most popular fruits to be grown in Hawaii. Nearly 90% of all papayas grown in this region are genetically modified, unfortunately, to become virus-resistant against a certain variant of the ringspot virus. If you’re looking to purchase papaya from your local vendors, make sure to look for organic certifications before purchase.

Almost all types of soy found around the world that have not been organically certified belong to the genetically modified category. In fact, soy is the most genetically modified plant in the United  Stats, and it can be found in various forms which include soy lecithin, whole soybeans, and soy oil. Soy is extensively used to make a wide range of products, so make sure to check the labels of your groceries before purchasing them.

Canola is another type of crop that is high in GMO percentages. It has been estimated that nearly 90% of all US canola crops currently belong to the genetically modified category. Canola is used to make canola oil, and this can be largely seen in various processed foods. You are likely to be consuming canola if you purchase snack bars, cereals, crackers, chips, candy, and even bread.

Cotton plants have been genetically modified in recent times in order to produce a certain type of insecticide that’s used to kill pests. Such types of cotton plants are largely used to make cottonseed oil, and these can be found in various packaged foods such as margarine and potato chips. Genetically modified cotton can also be used to make animal feeds and food fillers like cellulose.

Some of the GMO variations of potatoes are also developed to make them resistant to bruising and browning, as this occurs during the storage, packaging, and transportation of potatoes. Although browning does not change the quality of the potato, many consumers avoid purchasing them as they are considered to be spoiled. This causes a lot of wastage over time.

Sugar beet is another crop that has been heavily genetically modified, especially in the United States. It is seen that nearly 95% of all sugar beets that are produced in this region contain glyphosate-resistant chemicals that make them “roundup ready”. This means that sugar beets are specially engineered to be resistant against all types of herbicide roundups.

Sugar beets are most commonly used to produce sugar. If you find that the products you’re purchasing do not contain cane sugar, it most likely contains genetically modified sugar beets.

Both yellow summer squash and zucchini plants are known to be genetically modified and contain a specific type of protein genes that helps to protect these crops against large numbers of viruses. The only way to ensure you’re not consuming genetically modified versions of yellow summer squash and zucchini is by purchasing these vegetables from organic farms.

One of the most commonly utilized chemicals in animal derivatives is called rBGH or recombinant bovine growth hormone. This chemical is utilized to boost the production of milk from cows, and it has been banned in various countries already such as Australia, New Zealand, Canada, Japan, and even the EU. This hormone is made in labs with the help of genetic technology, and it is known to poorly affect the health of the cows.

It is also known to be harmful for human consumption, but unfortunately, you will find numerous products in the market such as eggs, milk, and meats that utilize this chemical. You can also expect to find this GMO in products of gelatin, hides, skin, and aquaculture.

Apart from the GMOs listed in the section above, you are also likely to find that the following crops also contain genetically modified substances.

Corn is considered to be the most widely grown crop in the entire United States, but most of this product contains a large number of GMOs. The GMOs used in corn helps to make the plant resistant to various insect pests and even tolerate the ill-effects of herbicides. Bacillus thuringiensis corn is a type of GMO corp that creates proteins that are harmful to specific types of insect pests, but not to humans, pests, animals, and other livestock.

This variation of protein is the very same type utilized by organic farmers to help control insect pests as well as they do not harm other types of insects and have even been known to be beneficial to ladybugs.

A vast majority of the GMO corn is used to make processed drinks and foods, and also to feed livestock like chicken and cows.

Some of the apples found around the world have been infused with GMO technology to help improve their resistance to browning after being plucked. Thanks to this variation, it helps to cut down on the wastes produced during the apple picking season. Brown apples tend to go to waste as consumers consider them to be stale, and this creates immense wastage over time.

Genetic technology has come a long way since it was first explored a few decades ago. There is clearly immense potential in this technology and we are likely to utilize genetic modification to improve the condition of crops in the future.

Unfortunately though, the current standard of the technology holds numerous negative side-effects for the plants, animals, and humans who come in contact with them. Until we find ways to perfect this technology, we should not be subjecting the population to these dangerous chemicals and instead seek out purely organic substitutes.