Cell Agriculture: Meat Without the Animal

Cell Agriculture: Meat Without the Animal 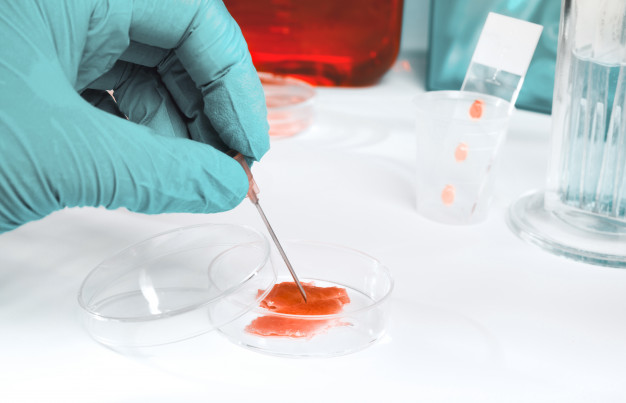 The world's population continues to rise - as does the overall consumer demand for animal products. Our current methods of meat production are unsustainable as they are. Increasing our production in order to meet this rising demand will only further exacerbate an already-fragile system which could have devastating consequences for our ecosystems and climate.

According to the UN Food and Agriculture Organisation (UNFAO), animal agriculture is responsible for roughly 14% of all global carbon emissions. If there were a way to produce all the meat consumers are craving, without the negative environmental side-effects of animal agriculture, that would be ideal.

That's why cellular agriculture has piqued so many people's interests as the "next big thing" in agriculture. It provides us a potential way we can have our steak and eat it too.

What is Cellular Agriculture?

Cellular agriculture is the term used to describe a growing field of agricultural products that are derived directly from cell cultures in a lab, rather than from livestock. So far, research has primarily focused on growing cell cultures of meats such as poultry, beef, and pork, as well as animal products like milk and egg whites.

Raising cultures like this allows scientists, and eventually corporations, to create meat without having to raise an animal from birth to slaughter. The products of cellular agriculture are not to be confused with alternative meats designed for plant-based consumers and plant-based enthusiasts - they are biologically no different from meat that has just come from an animal.

The aim of cellular agriculture overall is to provide people with their favorite animal products, without the high environmental cost associated with animal agriculture.

Unfortunately, even though the cell cultivation method relies significantly less on animals than traditional livestock farming, animals themselves cannot be completely written out of this equation. In order to cultivate cells, researchers must first procure those cells, and the way this is done is by taking a painless biopsy (small cell sample) from a living animal.

Researchers take a biopsy of stem cells from an animal, and then watch over them and help them grow into muscle tissue - or meat. Stem cells are a very special set of cells with a couple of unique properties. Firstly, unlike all other types of cell, a stem cell has the potential to develop into any kind of specialized cell, depending on the conditions it finds itself in. For example, under the right vectors and environmental conditions, as manipulated by a scientist, a stem cell could differentiate into a brain cell, skin cell, or even a muscle cell.

Secondly, stem cells are able to multiple indefinitely. That essentially means that one sample of a biopsy from a cow could last weeks if not months, as the stem cells continue to regenerate. This gives scientists "bottomless" cell cultures from just one biopsy.

Put these two pieces together, and you start to understand how with just one stem cell sample from a cow, scientists are able to grow masses of muscle tissue. The cell cultures are grown in large vats, known as cultivators, until they are ready to be "harvested".

It might sound like something out of a science fiction novel, but several startups and companies are already working on developing a range of cell cultured foods, such as beef, pork, chicken , fish, seafood, milk and cheese.

Why Is Cellular Agriculture Important?

As mentioned previously, animal agriculture is a significant contributor to worldwide greenhouse emissions. Specifically, beef is known for being particularly damaging to the environment while also being one of the least efficient meats to produce.

What makes cellular agriculture so revolutionary is the fact that it gives us the opportunity to farm meat without the animal itself. This has resounding effects in several different areas of sustainability.

The global population is expected to swell to 10 billion people by 2050, and along with it, the demand for livestock is projected to rise from 60 billion animals in 2016 to 100 billion animals in 2050. That is a whopping 67% increase in demand! In order to accommodate this, present livestock agricultural systems will need to be modified, as currently they are too resource- and land-intensive, while also having a damaging environmental impact on wider ecosystems.

Let's paint a picture of what goes into producing a 230g steak using traditional farming methods:

This is for just one steak, not the whole cow. Beef production is the most resource-intensive, followed by pork and sheep farming, and then poultry.

It can be hard to understand what these numbers mean for the environment when looking at them so granularly, but zooming out to a more global scale, the impact of animal agriculture on the planet becomes immediately apparent.

Approximately 25% of the earth’s land surface is used for livestock farming. 30% of all freshwater use in the world goes to animal agriculture. Finally, and perhaps most shockingly, the total greenhouse gas emissions generated by animal agriculture account for 18% of all emissions. This rate of emission surpasses even the most obvious culprits of climate change such as transportation, which make up 12% of all emissions.

Given how much discussion there has been in the media and society about curbing our transportation use, switching to biodiesel, and efforts by car manufacturers themselves to make their vehicles as low-emission as possible, the fact that the same kind of campaign hasn't been waged against animal agriculture is astounding at best.

Why is cellular agriculture so important, then?

...than producing it via traditional methods.

The breakthroughs in cellular agriculture are significant because for the first time in history, we are presented with a more environmentally friendly and sustainable alternative to meat. Diets like vegetarianism and veganism have been on the rise precisely for these reasons, but this is the first time that we can have the benefits of those lifestyles without giving up the meat itself.

Plus, while trends in urban areas of developed countries show a clear growth of veggies and vegans, the global trend still tends towards increased appetites for animal products, which don't seem to be waning anytime soon. Therefore, while plant-based options will remain on the menu, there will still be those who prefer their meaty mains. Instead of urging everyone to give up animal products, cellular agriculture presents a happy medium - a better way to produce meat.

The Benefits of Cellular Agriculture

The perk of making this in a lab is the nutritional profile of the meats can be tweaked to benefit human health. For example, replacing saturated fats with unsaturated fats, making an egg with no cholesterol, or creating lactose-free milk. Beyond food, this technique could be used to make leather of varying thicknesses, too.

Producing meat and dairy without the need for livestock means fewer animals being used in agricultural processes! As the demand for meat rises, factory farms would be under increased pressure to increase production, putting livestock under further pressure and worse conditions. Cellular agriculture alleviates a lot of this potential stress by offering an alternative method of meeting this demand, thereby improving animal welfare.

It is not uncommon for conventionally farmed livestock to receive large amounts of antibiotics. Additionally, most bacterial contaminations that cause food-borne illnesses, such as E. coli and salmonella, often occur through interactions with infected animal feces. By removing livestock from the farming equation, you're effectively cutting out the risks associated with these microorganisms and antibiotics entirely.

The Challenges of Cell Culture

The main challenges cell culture or cellular agriculture face are commercial - issues relating to scaling the production process and overcoming regulatory hurdles. An additional obstacle, of course, is the potential negative public perception that could come with meat grown in a lab - "frankenfood".

To overcome this, education will be key - to explain exactly what this "lab meat" is and illustrate all the reasons why it is so beneficial for the planet.

Cultured Meat and Cell Cultures: The Future of Food

Back in 2013, the first lab-grown beef burger cost $330,000. By 2017, the price of a cell cultured burger was just $11.36. Cellular agriculture has come a long way, and holds massive potential for reducing the adverse impacts of livestock farming on the world. It may be too early to tell yet, but cellular agriculture could turn out to be the third wave of animal agriculture, after hunting and livestock rearing.