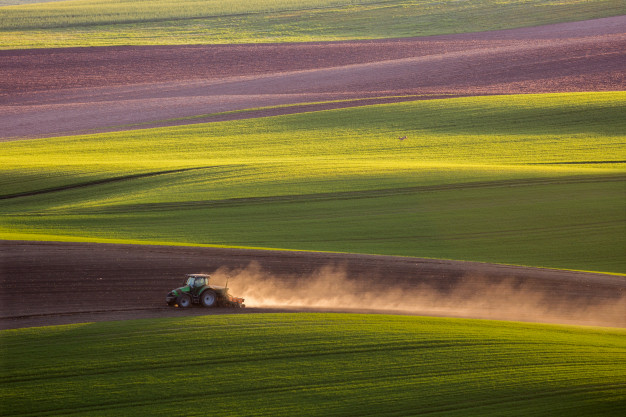 Although Diesel engines are known to be highly efficient in their operation, they also act as one of the largest contributors to global warming on our planet. Apart from having adverse effects on the air, water, and soil, emissions from diesel engines also lead to a wide range of respiratory and cardiovascular issues.

In order to combat the use of diesel engines in the agricultural sector, electric tractor vehicles are now being considered as the sustainable alternative. We examine the benefits and pitfalls of tractors in the article below.

What Are Electric Tractors?

Traditional tractors are conventionally powered by engines that run on either diesel or gasoline. Their transmission is also reliant on the use of hydraulic fluids.

Tractors are built to replicate the functioning of regular tractors, barring one major change. These agricultural vehicles are powered by electric engines instead of the widely accepted diesel variant. Thanks to this development, tractors are far more eco-friendly when compared to their diesel alternatives. Farmers can now charge their tractors by plugging them into a power source instead of utilizing fossil fuels that are widely unsustainable.

How Do They Work in Farming?

Just like an average tractor, electric tractors can be utilized for a wide range of agricultural and farming activities. This includes working on the fields, greenhouses, horticultural farms, moving produce from the field to the warehouse, and hauling goods in factories.

The fact that the operating cost of tractors is much lesser than diesel tractors means that the farmers will be able to conduct a lot more activities at a lower price point. Even the general maintenance of these vehicles is on the lower side of the spectrum.

There are many variations of tractors now available in markets around the world. Based on the design and functioning of a given model, the utility offered to farmers can be diverse.

The John Deere tractor, for example, which was launched in 2016 is capable of fully autonomous operation and is completely electric. A 1,000 meter cable is attached to a drum on the tractor, and this powers the vehicle through a wide range of operations. Even the length of the cable can be modified based on the requirements of the farmers.

This tractor is capable of following preset instructions that are programmed by the farmers. After providing the necessary inputs, the tractor can stick to the predetermined path within the farm and carry out the required commands. It does so at a commendable speed of 12 miles per hour as well.

Additionally, this model is also entirely noise-free and emission-free, thereby offering dual benefits to the farmers and the planet.

Exploring The Electric Tractor: The Good and the Bad

There are plenty of positives to emerge from the development of tractors, but the vehicle has its own fair share of downfalls as well.

Although the concept of tractors is fairly new in the world of agri-tech, it has far-reaching implications for the future of the industry. Here are some of the major benefits to emerge thus far:

As electric vehicles are battery-powered, there is no generation of carbon monoxide from the engine that leads to global warming. This singular factor is driving the automobile industry forward as well as numerous manufacturers are looking at offering vehicles that run on electric engines.

As the agricultural industry is a sizable one around the planet and it employs millions of tractors on farmlands, switching to tractors can have a noticeable change on the condition of our planet.

These tractors therefore offer a simple solution to this issue by making the vehicles entirely noiseless. This has a tremendous effect on the working conditions of a farm.

Being fuel-efficient and cost-effective is another major benefit associated with the use of electricity-powered tractors. Farmers no longer have to rely on expensive fossil fuels to run their tractors. In fact, it is known to take 10 units of fossil fuels to produce one unit of food as per the current state of the agricultural industry.

All of these conditions can be drastically improved with the use of electricity-powered tractors. These can be charged with a local power grid and end up saving farmers a small fortune on their fuel bills.

Numerous tractor manufacturers are also modernizing the functions of tractors to add more value to the vehicle. Automated tractors are certainly the way forward as they can help a lending hand to farmers without the requirement of constant supervision.

Batteries utilized in these tractors cannot be charged on the field and will need to be moved to charging stations. This can be time-consuming activity.

As the batteries of these vehicles cannot be reused, they pose a recycling issue to farmers.

The Future of Electric Tractors in Agriculture

As previously mentioned, these electricity-powered tractors hold the potential to greatly assist farmers with their on-field operations, especially when these vehicles can be automated.

If batteries can hold greater levels of charge and can be recycled after their lifespan expires, this can greatly revolutionize the use of tractors as well.

The Future is Electric

Electric tractors can play a major role in bringing down the carbon emissions generated by the agriculture sector. All automobiles have to eventually make the switch, so it makes sense to transition as quickly and efficiently into the reliance on electric tractors as soon as possible.