Aquaponics vs. Traditional Farming - What is the Difference?

Aquaponics vs. Traditional Farming - What is the Difference? 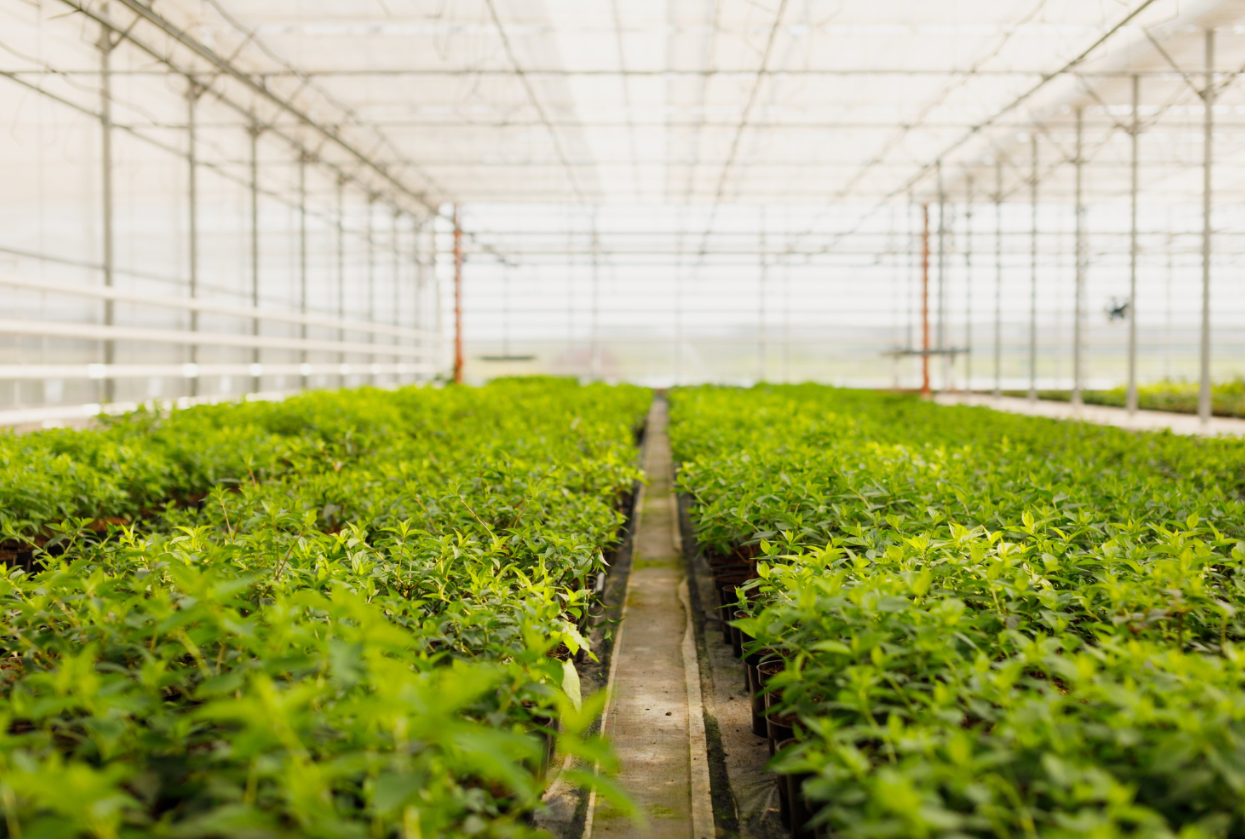 Traditional agriculture or farming practices are notoriously dependent on a host of external conditions in order to ensure profitability. As the variables in question seem to alter continually on an annual basis, it becomes vital to find a solution to make farming a profitable profession.

This is why aquaponics has picked up so much traction in recent times. Experts and research even predict that the aquaponics industry is expected to reach USD 54.95 billion by 2027.

We examine the specifics of aquaponics farming in this article and conduct a direct comparison with the traditional agriculture and farming industry for your benefit.

Aquaponics is a modern method of agriculture that eliminates the use of soil systems entirely. Instead of growing and nourishing crops on land, aquaponics relies on the use of fish to provide nutrition for fruits and vegetables.

Simply put, aquaponic systems redirect the wastes produced by fishes and shrimps by channeling the nutrition to feed plants. This acts as a natural source of vital compounds such as ammonium, thereby offering a wholesome diet for plants that isn’t reliant on chemical sources.

The fish being reared in aquaponic farms also act as an additional source of income for farmers as well.

Aquaponic farms are extremely eco-friendly as they maximize the utility of all resources, especially water. The water used in an aquaponic farm is continuously recycled from a tank using bio-filters, and the nutrition is directed towards feeding the produce. Additionally, aquaponic farms are also space efficient and allow farmers to conduct agriculture at any location they will.

The knowledge related to aquaponic farms has still not yet hit a commercial level. Farmers need to be further educated regarding the positives and negatives of this system, and they need guidance with regard to setting up such farms. Once established, the farms are self-sufficient, but the tricky part involves establishing the farms in a cohesive manner.

What is Traditional Farming?

Traditional agriculture or farming is the old-age method of farming that relies on the natural resources of our planet entirely. Here, plants are grown in the soil and they rely on direct sunlight and rainfall for nourishment. Farmers do tend to supplement the produce with chemicals such as fertilizers, insecticides, and pesticides in order to improve their health and prevent the formation of diseases.

Considering that a vast majority of farmers are unaware of modern farming practices, the reliance on traditional agriculture methods is still heavy in many developing countries. As this is a well-established practice, there is plenty of information and knowledge among farmer communities regarding establishing and running a farm.

It can also be executed with a low budget and on a small scale, thereby allowing virtually any person to take on farming as a profession.

As the environment continues to destabilize each year, traditional agriculture or farming has become less reliable as time passes. The dependence on rainfall, sunlight, and stable ecosystems has become unsustainable, and this is taking a toll on the produce created by farmers each year.

It is also difficult for farmers to suddenly adapt to the changes and inculcate modern technologies into their practice without the right expertise.

Now that we’ve looked at the aquaponics system and traditional farming in greater detail, we can compare the two methods and determine which system works better for the modern world.

As the aquaponics system is a method that doesn’t rely on the use of soil to create an ecosystem for plants, it thereby also cuts down on the usage of fuel sources in farming activities. In traditional farming practices, there is a high consumption of fuel with regards to powering tractors and other vital farm equipment.

An aquaponics system, on the other hand, often relies on what is known as the raft method in order to harvest plants. Here, plants float in a small body of water until they’re ready to be harvested. As this is a self-sustaining ecosystem, it does not demand the same level of mechanics or labor that is associated with traditional farming.

Additionally, the use of soil in traditional farming also leads to the growth of weeds around the year. Removal of these weeds is a time and labor intensive activity as well, not to mention the use of mechanical tools that also require fuel.

The issue of weeds simply does not arise in aquaponic systems. As the crops are grown in a closed and well protected ecosystem, there is no opportunity for excessive growth to occur. Thus the long drawn issue of weed removal is also eliminated in aquaponics.

Traditional farming practices originated in some of the most fertile regions on our planet. When we think of the great Egyptian civilization or the Indus Valley civilization, it’s evident that societies were built around fertile lands that could feed the population with ease.

While this was the formula that led to the birth of agriculture, this formula does not have to be retained today. It is impossible to continue using only fertile regions of the planet to grow crops as the requirement on the agriculture sector is too immense currently.

Every nook and corner of the planet has demands for produce, and it therefore becomes crucial that we can grow plants at any location we choose. This is why modern systems such as aquaponic systems are stepping into the spotlight currently.

Thanks to this method, it’s now possible to grow fruits and vegetables at any location, regardless of the soil conditions or the environmental conditions. We can now provide communities all over the world with the opportunity to become self-sustaining by creating their own aquaponic farms wherever they please.

By creating farms in a decentralized manner, it reduces the load on various tertiary systems such as storage and transportation as well. These additional services play a part in determining the final price of the fruits and vegetables. So by eliminating the reliance on these systems, we bring down the overall costs of produce as well.

Traditional farming practices apply an enormous amount of pressure on the existing resources of our planet. The reliance on water alone is bleeding our planet dry, and we need to engage in systems that maximize the utilization of the element.

Aquaponic systems, on the other hand, take enormous pride in being able to recirculate the use of water in order to create a closed and protected ecosystem. The only real usage of water in aquaponics occurs when the plants absorb tiny amounts of moisture when they are feeding off the fish waste.

It is estimated that aquaponic systems utilize less than 10% of the water that is generally consumed in a traditional farm.

In fact, aquaponics is considered the most miserly when it comes to water usage when compared to even modern farming techniques. Even hydroponic and aeroponic systems don’t put water to use as well as aquaponic farms.

The only threat to an aquaponic farms’ efficiency is the ammonia being produced by the fishes. If the ammonia levels aren’t kept in check correctly with the help of a bio-filter, a water change will need to be conducted to bring the levels back to normalcy. Other than that, however, aquaponic farms make the best possible use of water of all the farming systems in operation currently.

As previously mentioned, traditional farming methods are extremely taxing on our ecosystem. This fact is especially true when considering the cumulative burden created by storage and infrastructure facilities such as transportation.

Aquaponic systems can make a novel claim of having no negative impact on our planet thanks to the unique way in which these systems are designed. All the elements that are a part of aquaponics can be updated to reduce carbon emissions as well. An example of this would be the pumps and heaters utilized in aquaponics that can be switched to renewable energy sources.

When comparing these benefits to traditional methods, the advantages seem immensely abundant. Conventional farming methods are known to be the largest contributors to the carbon dioxide emissions on our planet, and this has a detrimental effect on global warming. The issue here is that CO2 emissions through agriculture creates a negative loop that dramatically impacts farmers.

As global warming continues to rise, the environment becomes continually unstable, and this makes matters far worse for farmers who rely on the stability of the ecosystem for their crops. By switching to aquaponics, we can break this horrible loop and free our planet from excessive CO2 emissions, all the while growing foods that are healthy and bountiful.

And the Winner Is…

When comparing aquaponics to traditional farming methods, it’s evident that there’s only one clear winner here. And this is true for every category we can consider.

Aquaponics is simply the more progressive method of farming as it considers the need of the hour and delivers in plenty. This system is easier on our planet’s health and is capable of producing produce and meat simultaneously.

When considering the future of farming, we would be remiss to not include the aquaponics technology and system at every juncture possible. The collective health of our planet depends on this.