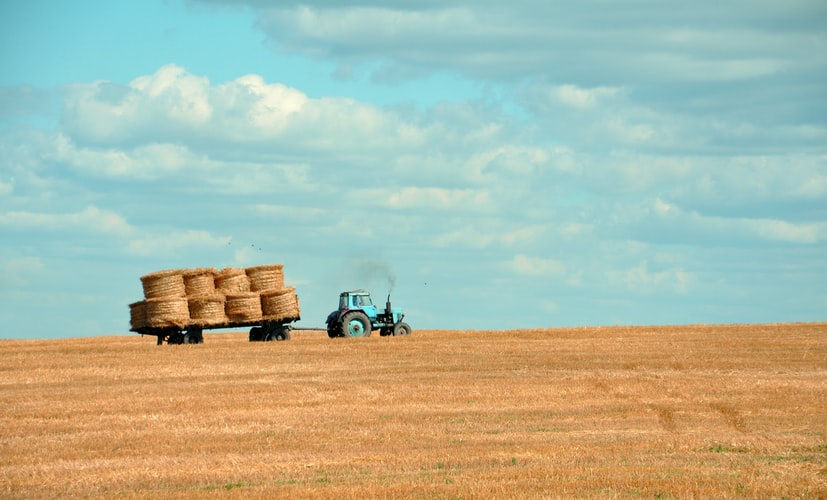 One key category of smart agriculture equipment is the agriculture sensor. In combination with traditional farming methods, and internet of things technology, agricultural sensors can be of immense benefit to farmers worldwide in the quest for global food security.

What are Agriculture Sensors?

Agri sensors, also known as smart agriculture sensors, refer to any sensing technologies farmers can harness to optimize their crop yields. They are simple-to-use technologies that achieve this in different ways, such as detailed mapping of the farmland, or through predictive environmental modeling allowing farmers to adapt to changing environmental conditions.

Agri sensors enable farmers to capture a wide range of data points from various inputs and factors that determine crop yield, and turn that data into an actionable plan to detect patterns and correlations between variables, while optimizing yields.

Drones can be mounted with agricultural sensors to manage weeds, irrigation, soil moisture, and more.

There are several different types of agricultural sensors, all of which serve different purposes. Each sensor technology can be used individually or in combination, depending on where the farmer stands to gain the greatest efficiencies in their production system. A few examples of such sensors include:

Location sensors: Rely on GPS satellites to determine latitude, longitude, and altitude within a given area. They can be integral to mapping the relief of large plots of land.

Optical sensors: Use light to determine real time soil properties, such as moisture, organic matter or clay composition, among others. They can be mounted on tractors, drones, or robots.

Electrochemical sensors: Determines the nutrient of the soil and pH levels by measuring the relative amounts of specific ions in the soil. They provide crucial information about the soil’s nutrient deficiencies, and can highlight fluctuations in monthly and yearly pH levels.

Mechanical sensors: Measures the soil compaction by detecting the force exerted by nearby plant roots to absorb water from the surrounding soil. These sensors can be used to inform irrigation interventions by identifying areas of soil where compaction is greatest and therefore in most need of added moisture.

Air flow sensors: These sensors are used by farmers to monitor and measure the permeability of air, and can be mounted on mobile or stationary equipment.

Smart cameras as sensors: Cameras have started being used in helping farmers locate weeds within a field, and dispense herbicides as needed in a precise manner.

How Are Agriculture Sensors Used?

Such a wide range of sensors provide a wide range of data on all sorts of variables. Farmers can translate this data into actionable plans to reduce farm inputs while maximizing yields and productivity.

Yield maps are created from spatial coordinate data collected from GPS sensors mounted on harvesting equipment. This allows farmers to paint a highly accurate picture of exactly how the productivity of their land varies from m3 to m3.

Topography and boundaries can be determined from high-precision GPS sensors, which are very useful for farm planning. Yield maps and weed maps can be compared with topography maps to determine if there are any patterns of correlation.

Variable rate fertilizers use data from electrochemical, light, and location sensors to create a map of soil nutrient density and then dispense chemical fertilizers in a controlled and precise manner across vast acreages.

Variable spraying operates on a similar principle to variable rate fertilizer. Camera sensors are used to identify and map weed locations, which are fed into pesticide spraying controllers. These controllers are able to turn herbicide spray booms on and off, allowing the equipment to adjust the volume and blend of spray needed in a given area.

The Benefits and Drawbacks of Agriculture Sensors

A farmer spraying his field. This sort of uniform application is avoided with data from agri sensors.

Agri sensors are fantastic pieces of equipment for improving farm efficiency and productivity. They enable farmers to pin-point exactly where they can improve yields, enhance nutrient levels and give them the data and ability to do so.

Reducing inputs such as chemical fertilizers, also has the double benefit of both helping the environment, and reducing cost of inputs to the farmer. Sensors are easy to install, maintain, and control, saving farmers' time and energy that could be better spent elsewhere.

On the other hand, agri sensors are not immune to drawbacks. Firstly, they require constant internet connectivity, which can be a challenge particularly in rural areas. Secondly, the infrastructure that these technologies rely on, such as cellular towers and smart grids, are not available globally in equal measure.

Lastly, with the average age of farmers in the developing world around 49, and 60 in the developed world, they are not the most likely demographic to adopt savvy technology. Together, these drawbacks pose a challenge to the rapid spread of agri sensors throughout the world.

Smart agriculture has risen to prominence in the last few decades, as an alternative to the older methodologies popularized by the Green Revolution in the 1950s. At the heart of this agriculture is the harnessing of data through various technologies, such as smart agriculture and farming sensors, to inform plans of action farmers can take to optimize their yields while reducing inputs.

There are a wide range of agricultural sensors with equally diverse uses and applications. The environmental and economic benefits to those who can access this technology are undeniable, however wide-spread roll-out of sensors remains a challenge in more rural areas due to limited infrastructure.