Aeroponics vs. Hydroponics vs Aquaponics - What is the Difference?

Aeroponics vs. Hydroponics vs Aquaponics - What is the Difference? 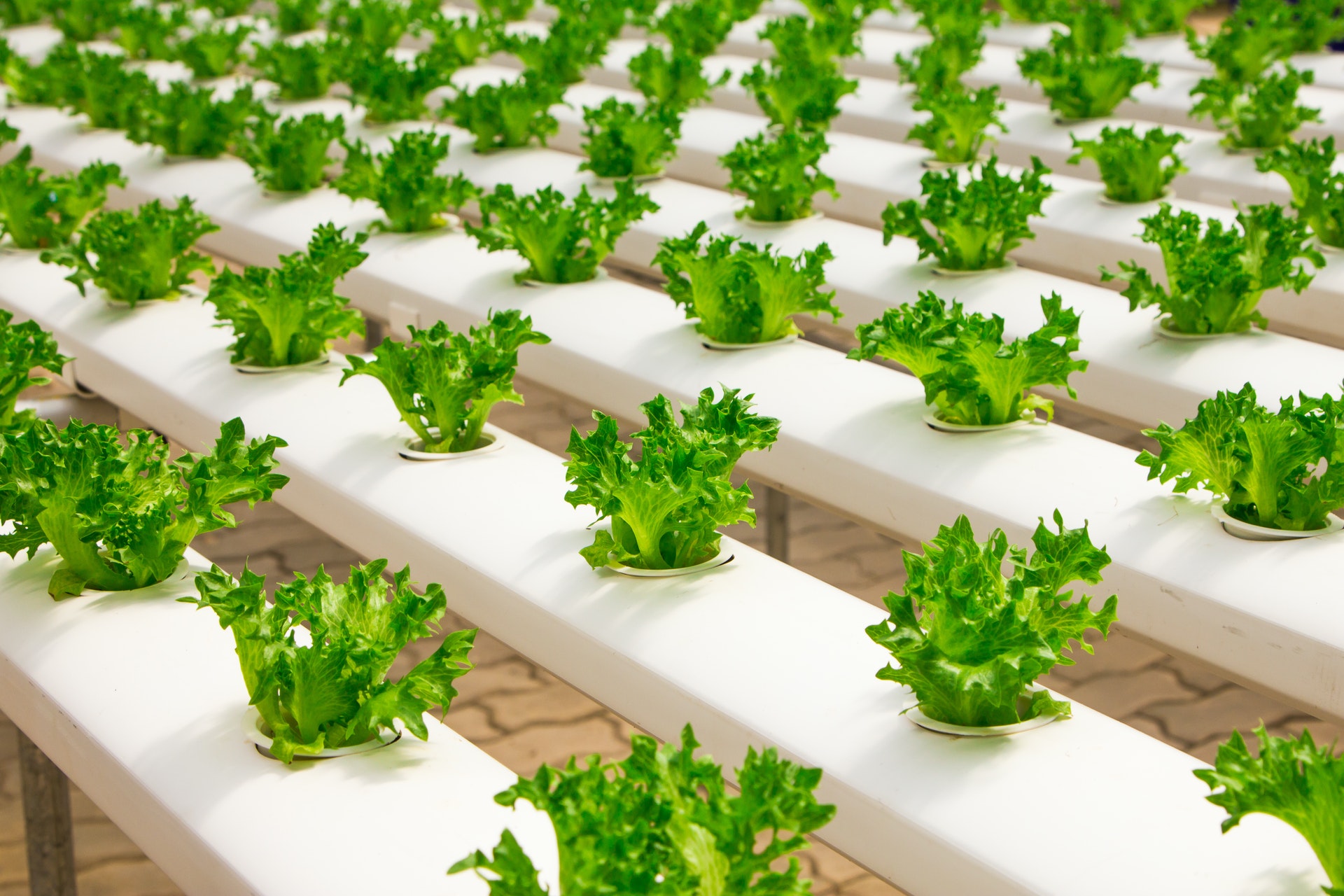 In order to feed a rising population that’s already approaching the eight billion mark, we have collectively dedicated over 11% of the planet’s surface to farming practices. Despite a hefty fraction of our land area being isolated solely for agriculture, the demand on the sector continues to rise steeply.

This is why modern farming techniques such as aeroponics, hydroponics, and aquaponics have to take the spotlight on an immediate basis. These state-of-the-art agricultural methods have the potential to meet the need of the hour by maximizing the potential within farmlands. They can also boost yield, produce safer crops, and minimize the burdens on various resources.

We look at the definition of these new methods as well as explore the differences and merits between hydroponics vs aquaponics vs aeroponics in the article below.

Aeroponics is the first method on our list, and this new-age farming practice relies on the use of growing plants in an environment that’s filled with moisture. Here, plants are suspended in an enclosed setting without the use of soil whatsoever.

Water is regularly sprayed onto the plants and this is how they achieve their nourishment as well. This is because the water used here is mixed with plant food, and this mixture is sprayed directly onto the roots of the plants itself.

The use of aeroponic systems can be seen in enclosed growing systems such as greenhouses. This is because this system allows for maximum accuracy, both in terms of temperature control and nutritional control. Sunlight is still seen as the principle light source in aeroponics, but occasionally, additional lighting systems can be utilized here as well.

In this method, the nutrition comes from the roots of the plants being supplied with water, oxygen, and additional chemicals directly. It is known to be one of the most effective forms of water preservation thanks to this novel technique. Research has revealed that the closed loop system utilized in aeroponics consumes 95% less water than traditional farming methods. It is even known to be 40% less water-intensive than hydroponics as  well.

Powering this system also relies on the use of LED lights based on the size and scope of the growing system. The LED lights are fine tuned in each segment of the location in order to offer a precise formula for the various plants. This means that the frequency of the light range, along with its intensity and perfectly calibrated in order to allow plants to conduct photosynthesis effectively.

This method of growing crops is also considered one of the most space efficient techniques. Thanks to aeroponics, it now becomes possible for a farmer to be 390 times more productive with every square foot of farmland when compared to traditional practices.

Apart from being friendly on the spatial front, aeroponics also produce 30% more yield on average when compared to conventional methods. In the case of certain plants, the yield was seen to be far higher as well. Red Kale, for example, produced 65% more yield when grown using aeroponics, while bell peppers increased their yield by 53%.

Hydroponics is the practice of using gravel, sand, liquid, and a host of other compatible materials in order to grow plants in an environment other than the soil. All the elements used in hydroponics are meant to act as alternatives to the soil environment. They enrich and sustain the plants in various ways so as to work as substitutes for their natural environment.

Although farming may seem like a highly complex science, hydroponics tries to keep it simple by boiling the elements down to three basic necessities — water, nutrition, and sunlight.

While most plants have to rely on their roots to dig deep into the soil and attain nutrition, a hydroponic system removes this system entirely by detaching the plants from the soil and offering nutrition independently.

In this system, the nutrition is provided directly to the roots of the various plants and vegetables. This allows farming to be conducted in a much smaller area as the plants don’t have to spread out their roots and compete as they normally would.

Smaller agricultural lands are the need of the hour, and hydroponics allows us to achieve exactly this. Crops can now be grown in concentrated regions, and this allows for production to be multiplied substantially in any given space.

Furthermore, a hydroponic system also protects the root systems of plants from evaporation and excessive water condition. This has a direct and positive impact on the health of the plants as well.

It is seen that nearly all crops can be grown using this method of farming, although currently, the most popular ones include leafy vegetables such as spinach and lettuce, cucumbers, strawberries, tomatoes, peppers, and many types of herbs.

In order to create a hydroponics farm, a deep bed of either sand or trap rock is created within a trough. This bed is often anywhere between 18 to 24 inches based on the plant being grown in the farm.

The bed is placed at an incline in order to have the option of draining off any excess created in the process such as water or nutrition. This incline is often kept to a minimum angle of two percent.

Once the bed is ready, the seedlings are inserted into the sand and water is supplied on a regular basis based on the requirements of the crop.

Plants such as cucumbers, tomatoes, and lettuce are often grown in closed or open plastic troughs that are filled with ample nutrition and other elements such as peat moss or perlite.

A three to four inch PVC pipe with six to eight holes is used to channel the leaf production from plants using this system. The troughs are also placed on convenient rollers or movable systems in order to shift the PVCs from the grow area to the packaging section.

Additionally, hydroponics also relies on ancillary support systems that include tanks, controls, and pumps. The tanks in this method are made using tough materials such as fiberglass, plastic, or concrete.

Pumps in this system are entirely submersible so as to prevent the corrosion caused by various chemicals such as fertilizer salts. In terms of the controls used, it relies on simple systems such as timers, basic computers, and manual switches in order to adjust the nutritional flow into the plants.

The final method under discussion is known as aquaponics and it relies on the use of hydroponic techniques along with an additional source of nutrition. This comes from the assimilation of aquaculture into this practice which relies on the raising of fish to create nutrition for plants.

Aquaponics works by creating a self-sustaining, all-natural ecosystem. This allows the plants and the fish to thrive in this space by feeding off one another in a symbiotic manner. The wastes produced by the fishes, along with the living bacteria honed in an aquaponic system, are fully utilized in delivering nutrition to the plants in the setup.

Thanks to the fish and the bacteria, a clean, sustainable, and non-toxic environment is created within the location. This allows the fish to also thrive within this space, while the plants also receive a fresh source of nutrition without relying on the chemicals from fertilizers, pesticides, and insecticides.

In a natural ecosystem, wild fish produce ample nutritional supply to plants that grow underwater. This principle is replicated on a ground level using aquaponics.

When setting up an aquaponics system, generally two tanks are established with a stable connection joining the two tanks. One tank would feature sea life such as fishes or shrimp. All the water from this tank is transferred to another using a bio-filter that removes all impurities.

This tank is responsible for converting all the wastes produced by the fishes into fertilizers. The key compounds here are urea and ammonium that provide fresh and healthy nutrition to the plants. The water from this tank is then directed towards the plants being grown in the aquaponic setup.

As the water is being recycled within a closed system, it leads to little to no wastage over time. Additionally, the fact that chemicals aren’t utilized to nourish the plants means that they are healthier when it’s time to harvest them.

It’s estimated that two gallons of water is required for every pound of fish produced in an aquaponics system. As the fishes are retained in the tank for the entirety of their lifespan, it is preferred that fast growing fish are utilized in aquaponics. This results in a better turnover rate over time as well.

A great example of a type of fish used in aquaponics is Tilapia. They are known to be fast growers and they can also perform well in a crowded tank system. Some of the other fishes used here include catfish, trout, hybrid striped bass, and perch.

Aquaponics is becoming a widely regarded form of agriculture as it can help farmers double their income by growing fishes and produce simultaneously. This method is also known to be low in maintenance, offers healthier produce, and has lower disease rates as well

All three methods are reliant on indoor systems, and this frees them up from external environmental conditions. These are the biggest threat to farming and these methods therefore eliminate a major problem without much effort.

The technical expertise related to these methods are still in the nascent stage. Greater awareness needs to be offered to help farmers switch to these modern farming practices as soon as possible.

Comparing Them to Traditional Farming Systems

Traditional farming systems have become a burden on the planet, especially in terms of the land they occupy and the resources they consume. Aquaponics, hydroponics and aeroponics have become the favorable alternative as they minimize land usage and also optimize the use of important resources, especially water.

Additionally, methods like aquaponics helps improve the income generated by farmers by offering an additional source through the rearing of fish and shrimp. All these minor changes go a long way in shaping and changing the future of our planet.

Indoor All the Way

The alternatives to traditional farming methods are finally at hand. We now have the capability of meeting the growing needs of our population, and we can even do this by creating healthy and chemical-free produce at will.

Thanks to aquaponics, aeroponics, and hydroponics, farmers have options to match their capabilities and budgets. The farming community can now be revitalized, much like the plants that are tended to by the farmers as well.